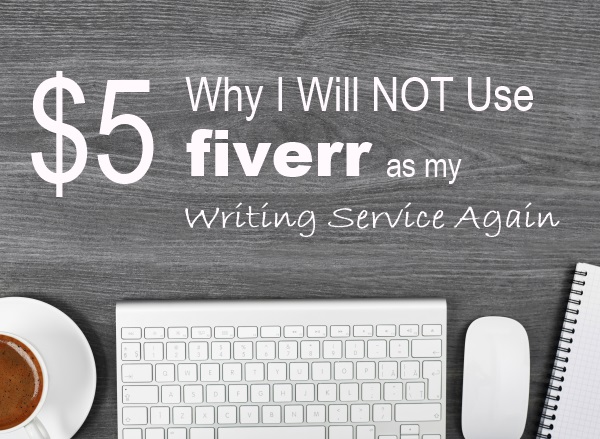 Fiverr, the service where you can connect and get work done for $5, is used and liked by many.

Their service can be great for different small jobs, but after my experience hiring writers, I will not use Fiverr for content writing again.

Don`t get me wrong I love Fiverr and use them all the time, just not for outsourcing my writing. You can read why below.

If you have read anything else on this blog you know I`m a pretty positive person, but I just feel that I need to warn you guys about ordering writing jobs on Fiverr.

I have had tons of stuff done through Fiverr, design jobs, marketing, tech stuff and more. Majority of the times I have been very happy with the result. I will happily give 5 star positive ratings to people that deserve it, and most people do.

I needed some writing done for one of my sites, I had not tried Fiverr out for writing jobs before so I thought I would give it a go.

This is what I was looking for;

I did my research and contacted a few writers. I contacted them all before ordering, just to get an idea of respond time and the language in the reply. After narrowing it down, I found 4 writers that I wanted to work with.

My hope was to find a good writer that I could possibly work with long term. That did not happen.

4 Fiverr Writers and the Result

Writer 1 – turned out to not be a native English writer/speaker. The article was decent and delivered on time so I just adjusted some of the grammar issues.

Writer 2 – the second writer was not a native English writer either. I asked for a couple of rewrites but after 2 chances I asked for my money back. They used an agency and the person that I had been in contact with was not the writer. Still waiting for my money.

Big scam! I requested the money back. The Fiverr team was great helping me with this issue and I did get my money back.

Writer 4 – from the fourth writer I ordered 5 articles. I liked the conversation we had before I ordered, so I gave her a chance of more than one. The articles were not delivered on time, they were late. After delivering 1 article she said the job was completed.

I asked for a modification request, always do that until you have received the complete job or it will be very hard to get your money back, I learned that the hard way and lost some money doing it. Again, I was provided articles of poor content and I cancelled the gig.

So after dealing with 4 writers, 4 different gigs, I got 1 article I could use, but I still had to rewrite some of it. This was time wasted! 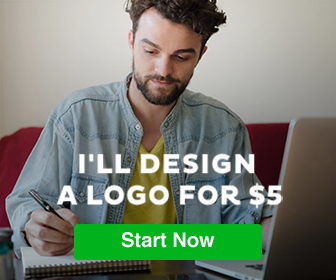 When dealing with the Fiverr staff they were very helpful. One thing that I didn`t know that they brought to my attention was that there is a grace period of 13 days after that the order has been marked complete.

This Is What I Learned

I have had much better luck hiring writers over at odesk.com. I will continue using their services when it comes to content writing.

What`s your thought on this, have you used writers over at Fiverr? Do you outsource your content writing? If you do what service do you use?