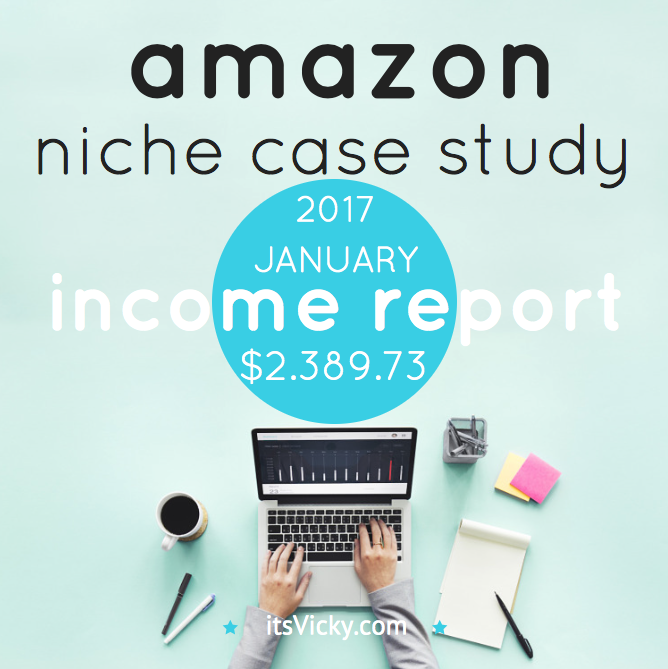 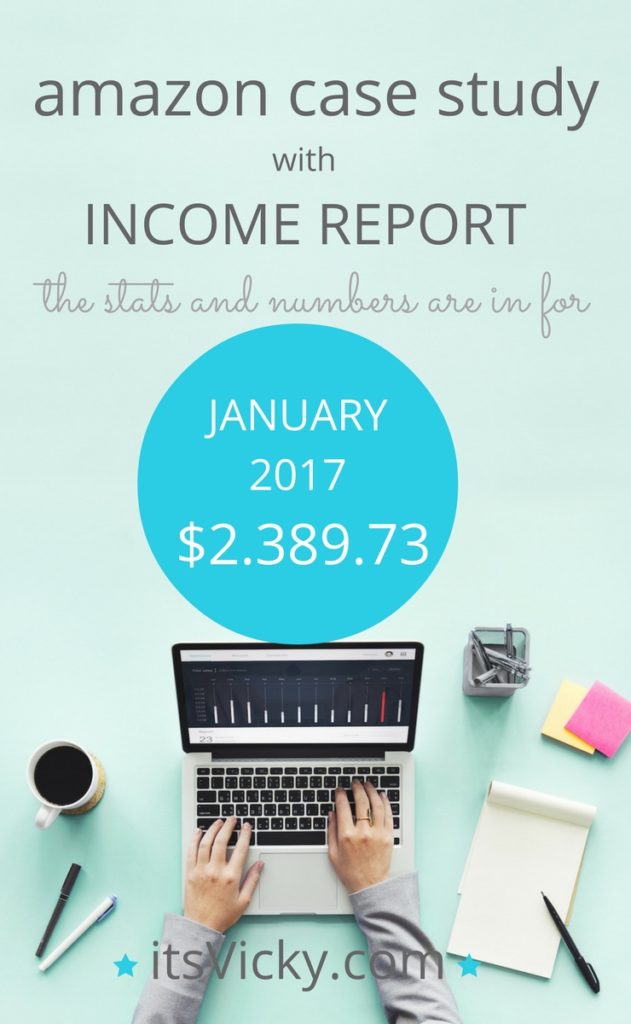 What a journey this site is. It was on a real high in December earning over $4K, as expected the numbers has dropped some for January. But if the site keeps growing as it is, 2017 will be an exciting year but more on that later in this post.

If you are new to this case study, let me tell you a little bit more about the site.

Around two years ago, I was running into all these sites monetized with amazon. Some were making great money, some not so much. The truth was that I had stayed away from, the physical product giant, amazon for the longest time due to the low commissions.

Something made me curious, though, was it possible to make some decent money with amazon? The best way to find out was to set up a site myself. I decided to turn it into a case study site so that you could follow along and see the income, traffic, ranking results, stats and more.

I had a few things on my “must have” list when it came to the site:

The site was created and has had an amazing journey so far.

Why Do I Share the Numbers and Stats of this Site?

There are a few reasons for this, but here are the two main ones.

1.    To give you insight into what it really takes to run a website that makes money. You can go back and read older posts and see the progress of the site.

2.    For myself to keep track and be accountable for the site. I look forward to putting all the information together at the beginning of each month.

With that being said, let’s dive into the numbers for January 2017.

How do I get traffic to the site?

The number 1 way I get traffic to this site is through organic listings ranking in Google and other search engines. Submitting content on a regular basis is really starting to pay off. 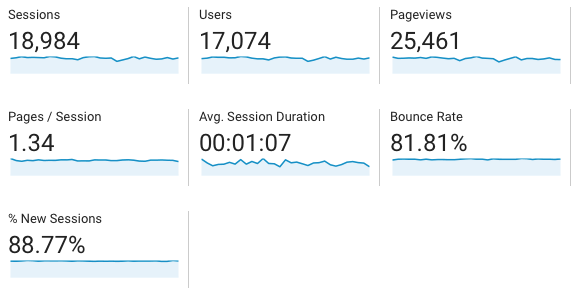 The average daily user count went from 656 in December to 550 in January.

I can’t say that I’m surprised that January did not get the same traffic as December did. The Christmas season for sure adds to a spike in traffic for December.

The one number that is dropping is the overall session duration. To get a better idea I take a look at the top 10 posts and pages and there I have an average time on page of 3.16. That’s good, that means that my visitors are reading the content and hopefully finds it helpful.

For this site, I outsource most of the content. I want the site to be hands off and the best way for me to do that is to not worry about the writing.

Right now I have 3 writers hired for this site. One wonderful field expert that writes the general health articles and two writers that are writing product reviews for me.

I submit 2 general health articles weekly. These are helpful articles that are slightly keyword optimized. Most of these rank pretty well in the search engines and collectively they bring in some decent traffic. When suitable these point to the “top 10” articles.

I also submit 1 in depth product review weekly. Right now I’m working on a new “top 10” category, so I need 10 in depth reviews to point to.

Hiring writers allow for me to stay ahead of schedule. I run into a lot of marketers that are struggling to get this week’s work done, not even thinking of next week’s articles yet.

With this site itsvicky.com, I’m the same way at times, since I write most of the content myself. It’s stressful. I rather stay ahead of schedule and have a few weeks of articles done.

So right now beginning of February, I’m scheduling articles for March and April for my case study site.

If there’s ever any unexpected events that take you away from working on your site for a few weeks if you schedule ahead your site is still going strong putting out posts on a regular basis even though you are not available.

Another reason could be that you can’t access your site. For whatever reason, techy issues can put your site on hold. About a year ago one of my other sites was hacked (don’t worry it’s all resolved) but it kept me out of my site for almost a month… Good thing was that the posts were scheduled and submitted a few times weekly like nothing happened. Scheduling kept that site going even when I couldn’t.

Let’s get back to the case study and the ranking results for January.

When you build a site and one of your main traffic sources is organic traffic, it’s good to keep an eye on the ranking results. The new and lost keywords, the improved and declined keywords.

Since 90% of the traffic for this site is organic, I want to make sure we’re going in the right direction, gaining and improving keyword rankings.

I use SEMRush to check my keyword stats and rankings. A great tool, that gives you a great overview of your rankings.

So even though it says February here, it must be January. Today is February 1 so wouldn’t find any stats for that yet.

So looking at January, improved keywords and position rankings, is almost more important than the loss of traffic for this month compared to December.

This means that the site keeps gaining Google rankings, position 1-3, which is exactly where we want to be.

We have 20 more Top 3 Google positions in January than we did in December, and more than 1000 gained positions.  I like the trend!

When checking the rankings and positions I also check if there were a Google update that could have stirred up things and impacted the changes.

In January we had one Google update (that I found).

This update is to make the content more accessible for users on mobile devices. It looks at intrusive pop-ups and intrusive standalone interstitials. It looks at banner space coverage and more.

I don’t think that any of these restrictions have affected the case study site in a negative way.

Now when we know we gained some rankings, let’s take a look at the income report and sales results.

Going into January I was aware that it would probably take a dip in both items ordered and commission earned compared to December, and unfortunately I was right.

What it does make me excited about though is next holiday season, November and December 2017. Don’t get me wrong I’m not trying to rush things but the potential for this site is huge going forward and for that, I’m very excited.

Let’s look at the January 2017 Numbers

This is a drop, although expected, from December 2016. December had 1604 ordered items, this month we had half of that 795 items ordered.

This site is on shared hosting, there for the low cost. This is the hosting I suggest if you are new, recommended hosting here.

Let’s compare that to the year before:

Total Result for the Site 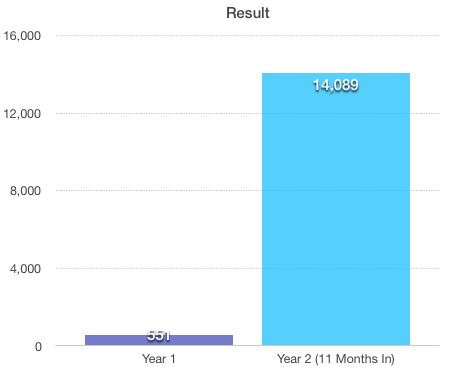 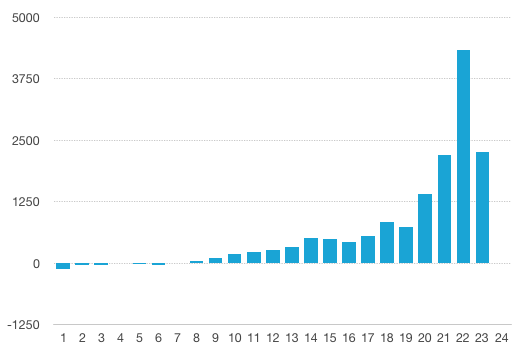 Looking at the History What Will It Tell Us About the Future?

I love playing with numbers. 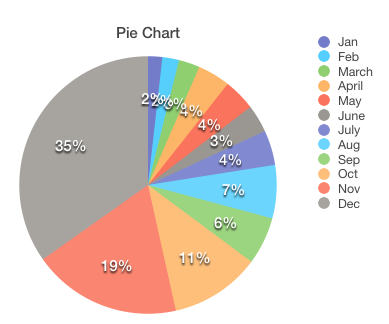 Looking at this pie chart for 2016, 2% of the annual result for the site was made in January.

I could not do all this if it wasn’t for a few helpful tools.

Here are a few of the tools that I use:

These tools are awesome, saves me time and help me maximize earnings.

Exciting stuff going forward. Even though January could have been better looking at the pie chart in this post, I’m hoping the site will continue its growth in a similar way.

Did you miss the related posts in this case study series?

Feel free to share your thoughts about this case study in the comment section below. If you run an amazon site, I would love to hear about it, how is the site going? How were the January numbers compared to the December numbers? Please share the ups and downs of your site below,