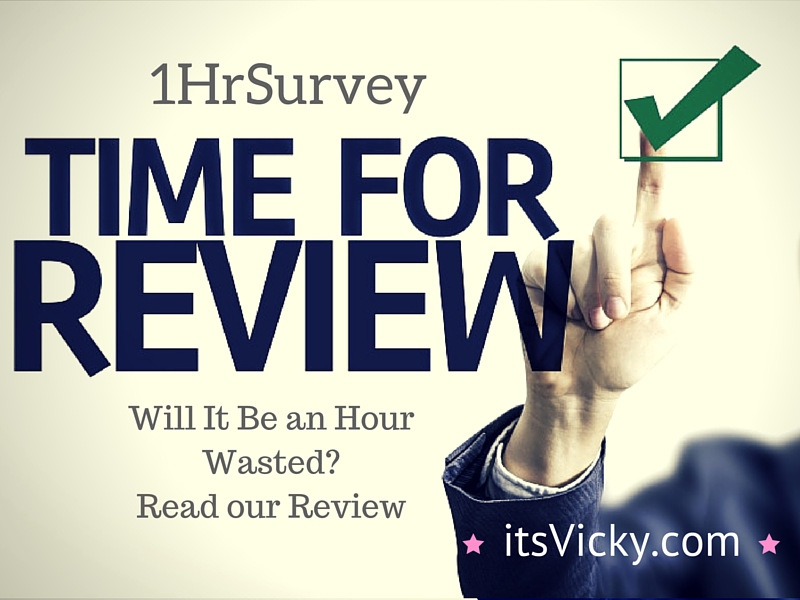 1hrSurvey.com is one of the scaliest, tackiest make money programs that I have ever seen. The YouTube video that you are presented with features nothing but bad, scripted acting, makes claims that cannot be fulfilled.

1 Hour Survey is a site that, as the name states, purveys making large amounts of money by doing surveys online.

The problem is that with the majority of survey based earning opportunities, there is no actual opportunity to earn anything.

There are usually costs involved upfront that need to be paid before you are given access to many promised surveys, none of which are ever actually proven to exist.

Once you subscribe at the $49.99 cost, you receive a book that explains to you how to do nothing other than get a useless list, and then try to sell this very same program to others.

Earning potential: I don`t see any…

Essentially if you do decide to try 1HrSurvey you will be given a list of all of the paid surveys that they could gather in one hour. A list that you could much better compile yourself, given one hours’ worth of research. It is most definitely not worth fifty dollars.

You will only ever be able to fill out a limited amount of surveys, this leaving you unable to attain the cash-out threshold, but regularly completing surveys nonetheless.

1HrSurvey does nothing to improve upon this common problem with paid surveys online, and in actual fact gives you a list of companies that you don’t actually have any chances of making money with.

1HrSurvey goes into a great length of detail explaining one hour long surveys that can be saved and completed later, enormous payments with no starting low and give many other descriptive hints at profitable surveys. The only place that this is to be found is in the hopes and dreams of the many that fall for this low-quality money-making scam.

5 Reasons Why I Would Stay aWay from 1HrSurvey

1HrSurvey.com carries absolutely nothing of anything value, other than comedic worth in the form of the obvious testimonial actors who would find themselves better placed in an extremely low-budget movie. It is highly unlikely that anyone has ever made any money with this program, doing surveys,  at all, it is nothing but an elaborate hoax that promises you the world on a plate and then turns up empty handed once you fork out your fifty dollars.

If you take a look at the F.A.Q. page you will see that each of their surveys is promised to pay at a rate of $100 dollars each, stating that there is no starting from lower payouts and having to earn your way up the ladder. There is no ladder. There is no payments. There are surveys, but you won’t make any money with them. Stay far away from this horrible attempt at conning innocent people online, your time and money are much better spent doing anything else.

I don`t use the word scam lightly but in this case I don`t see it any other way.

If you like the idea of making money online doing surveys and other online tasks, you might find the following program interesting. Swagbucks is free to join, legit and can make you some extra cash.

If you are looking to make an online income, then I suggest you take a look at this post. It`s about getting started online and some of the options you have.

What`s your take on the 1hrsurvey program? I would love to hear about it in the comment section below,